We conducted a county-wide student survey in March 2018 to measure current use and perception trends around alcohol, tobacco, and other drugs. The survey was held in Grades 8, 9, and 11. You can view the info graphic and reports below. 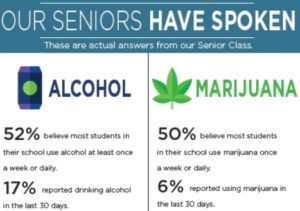 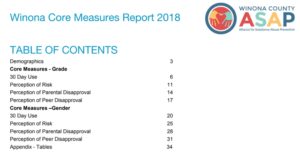 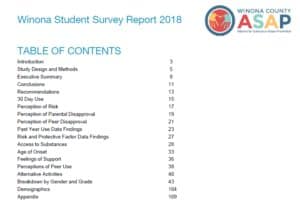 Prescription (Rx) Drug Take Back events are free opportunities for community members to safely dispose of prescription medications. We are in the middle of an opioid epidemic, and one of the concerns in our communities is that Rx drugs are easily accessed and shared for misuse. Larger events are hosted in April and October of each year, and intended for anyone to drop off any unwanted or unused prescribed medication.

If you would like to arrange an event with your organization or workplace please email [email protected] or call 507-474-2727.

You can also get rid of medications anytime here 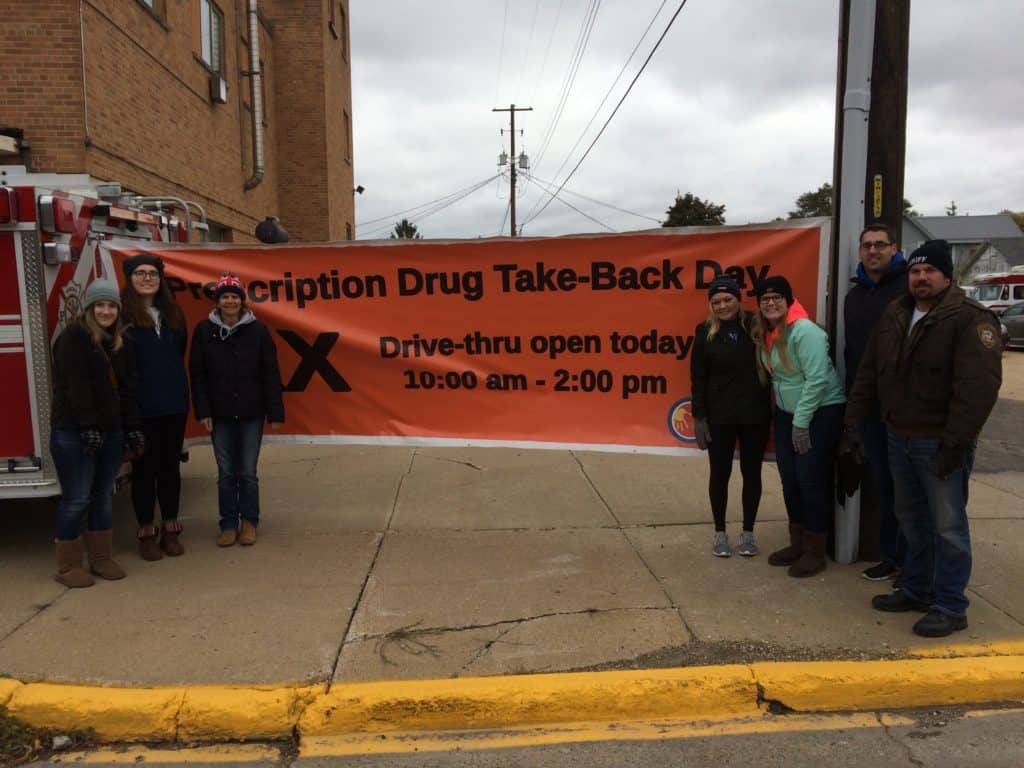 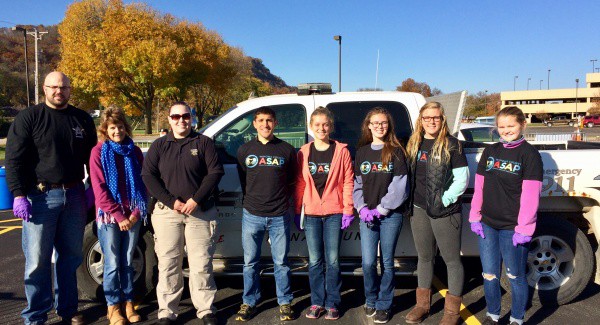 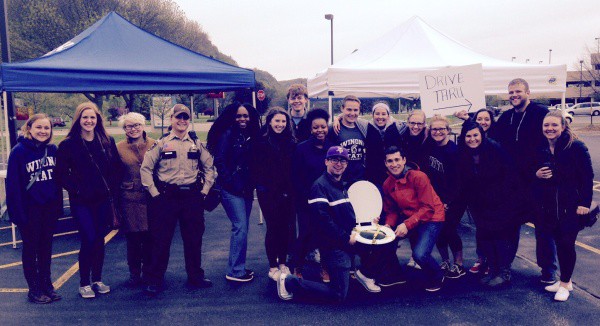 Help us inform and change local policy by participating in this free webinar series! Showings will be hosted at our Live Well Winona Office (619 Huff Street). Snacks will be provided. There is no cost to attend. You can attend one or both sessions. Conversation will revolve around alcohol policy.

What do our current and future elected officials think about marijuana? Ask them at one of these upcoming forum events in Winona!

The Leauge of Women Voters (LWV) will be moderating the events and collecting anonymous question cards. Examples of what to ask include:

What is your stance on marijuana use and sales?
What plans are there for local regulation and safety?
How do anticipate commercial (retail) marijuana will affect communities?

Now is a good time to be proactive and have conversations about marijuana sales and regulation. The cannabis industry sure is! These articles help illustrate the activity around recreational marijuana: 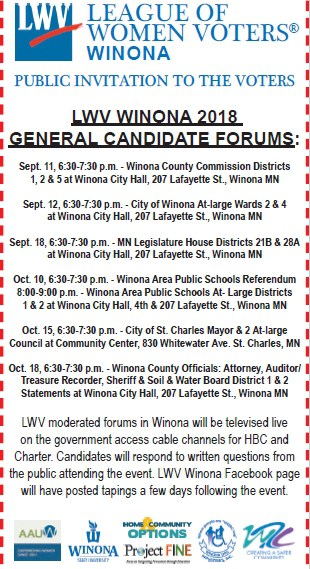 Several surrounding states and territories decided to add a question about marijuana use and sales on their November ballot. Read about Wisconsin, North Dakota, and Canada below.

“Marijuana issue splits Brown County Board […]”
Five Wisconsin counties (including La Crosse) are holding an advisory referendum on the November ballot for medical and/or recreational marijuana use and sales. The list of all counties is at the end of the article.

“North Dakota voters to decide whether to […]”
North Dakota residents will vote on their November 2018 ballot for whether or not to legalize recreational marijuana use and sales.

“In Canada, legal pot will roll out differently”
Canada is legalizing marijuana use and sales in October 2018. The legal age to use will be 18. The article contains many more specifics.

Hidden in Plain Sight (HIPS) is an interactive walk-through exhibit for parents. Going through this experience provides parents with caution signs and talking points so they so they know the positive and concerning things to look for, and how and when to talk with children about alcohol/drugs.

We launched the exhibit in February 2017 and since then presented at over a dozen events  reaching over 500 parents!